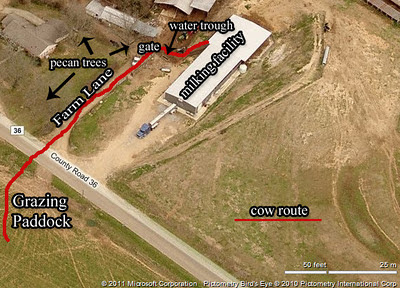 In other words, it was just cows being cows.
Posted by Will Gilmer at 8:20:00 PM

LOVE IT! The tweets were fun today but the blog post takes it to the next level! :)

What a day on the farm!!! I'm glad everything ended peacefully.

One of my favorite blog posts ever - excellent combination of writing, tweeting and graphics.

Ha ha! Funny. Actually an insult to the cattle ... they're producing far more than the protesters! : )