Our milk: produced and now also processed in Alabama

The milk from our cows is once again being processed and distributed in Alabama.

We are members of a dairy cooperative that markets milk to many different processing companies around the country. For the last couple of years, our milk has been shipped to a Luvel/Prairie Farms facility in Kosciusko, Mississippi. A change was made recently and our milk is now being processed at Barber's in Birmingham. Regardless of the brand name or label, milk jugs that leave this facility will be stamped with the plant code "010104". If you happen to see that code on your milk jug, you might be drinking some of our cows' milk!

We do not know if our milk will be shipped to Birmingham for the next several months or for only the foreseeable future, but we are happy to know that, for now, our cows' milk will be enjoyed by more of our fellow Alabamians. And while the brand of milk you buy and enjoy doesn't really make a financial impact on our farm (we get paid the same regardless), it is nice to hear from people who want to support us by drinking milk that originated on our farm.

Lessons learned from my Dad

My sister and I were blessed to grow up in a Christian home with a mom and dad that loved us and were (and remain) engaged in our lives. And since today is Fathers Day, I thought I would share with you a few of the many lessons I've learned from my dad over the years. 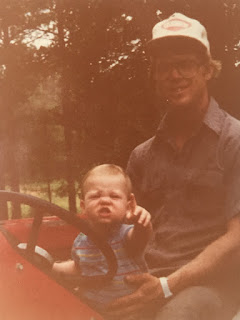 Dad taught me how to drive a tractor. This would prove to come in really handy seeing as how I've never worked anywhere but on our family's farm. By the way, he taught me how to milk cows, too. 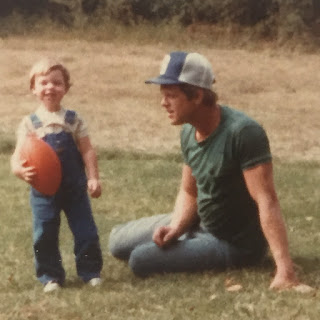 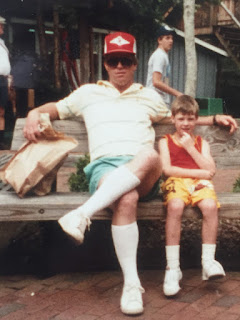 Dad taught me how to always look enthusiastic on family vacations, as this photo so clearly shows. While he really enjoyed our snow skiing trips back in the day, he had little use for the beach or the Smokey Mountains (as pictured). 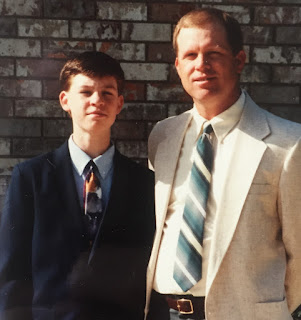 Dad taught me how to be a sharp-dressed man. Actually, I'm pretty sure that mom picked out both of our outfits on this particular day. (note: I've long since relieved Dad of that sports coat and now claim it as my own). 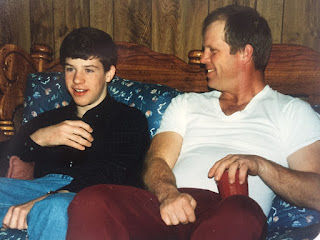 Dad taught me the value of good conversation. 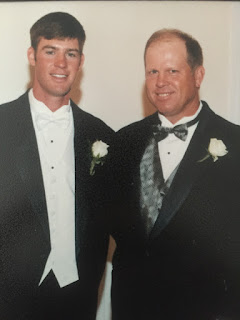 Dad taught me how to be a good husband. I don't think Mom has had too many complaints over the years, and up to this point I don't think my wife has either. 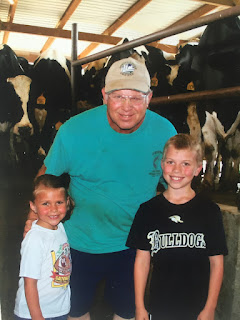 Dad taught me all of these things and so much more, all which added up to teach me how to be a good dad myself. And now he's teaching me something for future reference: how to be a good granddad! 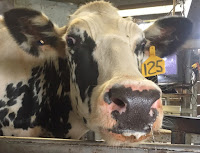 Last week we were joined in the milking barn for a couple of hours by Jon Reed, a reporter for The Birmingham News and AL.com, who was working on a story about the gradual disappearance of Alabama dairy farms over the past few years. His article, "Where have Alabama's dairy farms gone" (link), does a good job of exploring the reasons behind the decline, the current challenges to our industry, and what family farms like ours must do to remain viable. Mr. Reed also wrote a short follow-up piece about my social media usage (link).

I hope you will all take a few minutes to read the article, and share it with your friends if you feel so inclined.

Catching up before we get caught up

Hello, y'all...it's been a while. After a long blogging hiatus attributed primarily to my preference to nap during meal breaks rather than type away on my old, slow desktop computer, I'm back to let you know what's been happening on Gilmer Dairy Farm and also with myself.

If there's one word I could use to describe the first 3.5 months of the year, it would be "wet". We're currently in a holding pattern of sorts, unable to begin planting corn or harvesting spring forages until we can string together several days of sunny weather. More rain is likely for the next several days, so we'll be out of the field for at least another week. Once we finally get favorable weather conditions for field work, I foresee some longer-than-normal days in my future.

On the cow front, we have been turning our cows out on grass for supplemental morning grazing over the past three weeks. We currently have 212 cows milking, and they are holding steady at an average of 66 pounds of milk a day each (we peaked at 70 last month). We won't be having many calve or dry off in the next few weeks, but we'll start seeing some turnover by late May. Meanwhile, it's time for our younger heifers to receive their vaccination boosters, which we started administering today.

Personally, I'm about as "free" as I have been in a while. My term as one of USFRA's "Faces of Farming and Ranching" came to a conclusion at the end of last year, and I am no longer a part of any other groups that would have me traveling on a regular basis. And I'm telling you, it sure is nice to take a step back for a while! I'm getting more done on the farm, spending more time with my wife and kids, and will hopefully be a little more visible around our community. I might even be able to set aside enough time to play golf once a week...though I doubt it.

Between now and whenever I blog again, I'd love for you to connect with me via the social media channels over on the right side of the page. You might even catch me live streaming on Periscope if you play your cards right (and have an iOS device). And for you locals, let me know if you'd like me to come talk to your group about my farm or farming in general one evening...I'd love to do that once or twice a month once we get caught up on our farm work. Until next time, y'all have a "dairy" good day.